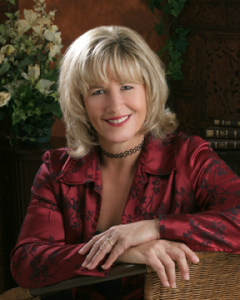 ANN SHARRER PARIS (B.A., B.S., M.Ed.), a native Californian, has hands-on experience not only as an instructor, but as a performer herself. After private study in Hollywood and upon receiving degrees at California State University, Long Beach in Musical Theater and Music Education, she worked in Summer Stock Theater companies in the west and mid-west, choreographed various music groups in the Los Angeles area, taught dance in studios throughout Long Beach and Anaheim. In addition to theme park entertainment, she has toured the U.S., Eastern and Western Europe, Australia, Egypt, Israel, and Canada with Continental Singers and Orchestra, California State University Choir, and American Entertainment Productions. Here’s a little trivia, Ann performed at Karen Carpenter’s funeral.

ANN is a master at turning nothing into something. She chartered the choral and dance program at Gateway High School (Osceola County) and has been known to “resurrect” struggling choral programs. Ann has been Music Director at the Helen Stairs Theater and Choreographer at the Sands Theater as well as choreographer for the Daytona Beach College show choir, and dance instructor there.

Upon earning her Master’s Degree from University of Phoenix, and teaching several years in Volusia County, Mrs. PARIS is currently teaching chorus, dance, drama and musical theater in Flagler County Schools; she has been an adjunct instructor at Daytona State College and teaches private voice students. Her students have successfully landed Community Theater and professional roles in venues throughout the Central Florida area, excel in local and national competitions, and perform regularly.

Ann has choreographed numerous college productions, produced children’s music/dance/art festivals, and has been serving as an adjudicator for Florida Vocal Association and Thespian District Festivals throughout the state of Florida. She lives in Flagler County with the loves of her life–her wonderful husband and 3 bright and precious children.

In addition to her family and professional life, Ann always finds time to give back to her community. She has volunteered numerous hours as performer, consultant, and director of many church, community theater, and civic productions. Her most recent activities include directing productions of “Beauty and the Beast” and “Shrek,” as well as “Aladdin,” “Peter Pan,” And “Guys And Dolls.” She also appeared recently in “The Producers” and “Anything Goes” in Jacksonville.

Ann is also the author of the ‘Vocal Relaxation System,” a comprehensive singing course available through her main website, or Amazon.com.

Recently Ms. Paris was invited to Las Vegas as a choreography clinician at the National Theater Educator’s Association’s Conference.  Recent productions for Flagler Performing Arts Academy include Frozen, Jr., Lion King, Jr., and Mary Poppins, Jr. to name a few. Her Thespian Troupe 88634 is invited every year to perform at State Jr. Thespian Festival, earning superiors on their musical performances.  They have often been awarded “Best of Show” at district Thespian Festivals.